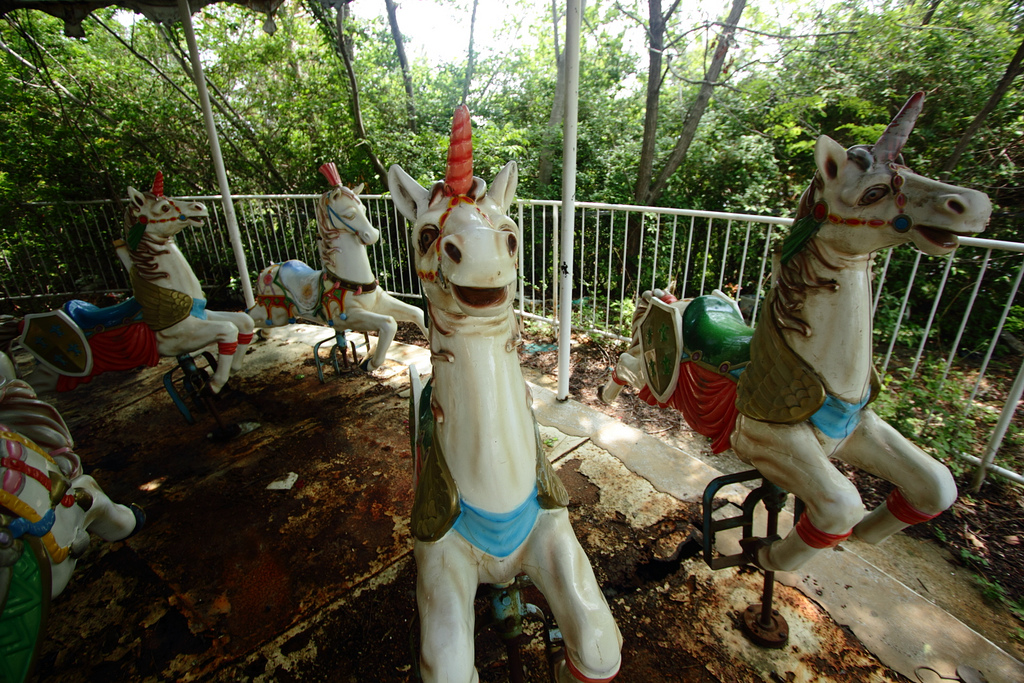 If we talk about South Korea, maybe the first thing thought in your head is Korean Drama and beautifull holiday destination. It’s not wrong, we all know that Korea have a bunch of beautifull place which is very popular in the world, for example is Jeju Island. But if you want to feel something different when go to South Korea, you should come to Okpo Land.

unfortunately, in 1990, a young girls was killed by this ride. The girl family received no compensation for the dead. There is no explanation to girl family nor apology. After this incident, the park also remained open, horrible right ?

9 years later, another girl was thrown from the same ride, Duck Train. The train is derailed and killed the girl. After the incident, the owner of Okpo Land dissapear and the theme park abandoned till now. There is a story, whoever come to the park, they will hear a crying sound from Duck Train ride. Scary !